Bitkenstan is the webcomic that became the world's first NFTcomic about bitcoin, cryptocurrency, blockchain, and life.

Bitkenstan is a series with a running storyline and over 100 episodes. As an NFTcomic, each episode can actually be owned by anyone. Imagine owning an episode of your favorite TV series...that's what NFTs enable.

Get more details at bitkenstan.com or view all of the episodes and NFTs.

StickyPeople is a series of random, comical stick people animations. Each exist as NFTs on the WAX blockchain. Below is an example:

The StickyPeople episodes can all be viewed on AtomicHub.io here, and here, and also here.

I have zero musical talent, but I tried with the The Hodl Hodl Song. Listen...

Details and other versions: https://peakd.com/crypto/@crrdlx/the-hodl-song

No judging. It says everything there is to say about crypto. Please help a crypto friend...download and share. :)

Check the Free link in the nav bar.

I made a series of alphabet of NFT "coins" and airdropped most of them.

Staying with the alphabet theme, I'm making an original, animation collection called TVtelevision. See "Free" for episode 1, "As the Days of our Children's Light."

For art lovers, btcblocksart is a collection of pieces randomly created thanks to the Bitcoin blockchain and random-art.org. I am giving many of them away. See the "Free" page for examples.

The "Satoshi Cup 2020" went down October 31, 2020 to celebrate the bitcoin whitepaper's release. You can download a pdf of everything Satoshi wrote or watch everything he wrote, set to fantastic polka music. Because, why not? 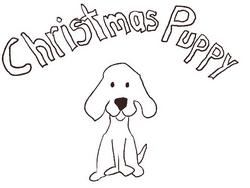 Go to puppy page.
No laughing at my singing. In church they say to, "Make a joyful noise unto the LORD"...so that's what I did. (And it's awesome!)

I made the Satoshi Bitcoin Converter in 2013 to help me navigate Bitcoin decimals and units. It's not exactly NFT-related, but it was the one of the first things I ever made with regards to Bitcoin or blockchain. And, of course, everything NFT is the daughter or granddaughter of Bitcoin.

Although it's a simple app, I'm kind of proud of it. It's been used in 130+ countries worldwide (map below). Many of those are developing nations. I believe that the abilities provided by Bitcoin and cryptocurrency help people in very real, tangible ways on a daily basis. My hope is that the Satoshi Bitcoin Converter helps as well in some small way.

What started as a personal tool became the Satoshi Bitcoin Converter web app and an Android app.

Some non-NFT stuff I made.

I made the LUV token on the Hive blockchain with the goal of spreading, well, love. Read about it on the nefties.com LUV page, the LUV blog, or check the market for LUV.

Hivebits (HBIT) is another token on the Hive blockchain. It's sort of a mix of Hive+Bitcoin. You can mine it simply by replying to a Hive post with !hivebits and you'll "mine" HBIT in that way. Read about it on the HBIT introduction page or check the market for HBIT.

I have a special appreciation for Dogecoin because it helped me learn about crypto. When bitcoin was too scary and intimidating to mess around with, Dogecoin and the Doge community was not.

So, I made the Dogecoin Wow App. Being "dogesque," it's stupid silly (another reason I like Doge). It's in the Play store for Android or it can be seen on GitHub. Note: the price ticker doesn't work on GitHub for some reason, but it does on the Android app or on SatoshiBitcoinConverter.com.

From the throwback department, the first bitcoin/crypto thing I ever made was the Bitty Miner back in June 2012. It's a long story, but the upshot is this: